Located 23 miles southeast of Houston, League City occupies about 53 square miles in two counties, Galveston County and Harris County. The city is considered part of The Woodlands-Sugar Land metropolitan area, with a population of 90,000 residents. League City was originally a farming community when it was established during the 1800s, and has eventually grown into an extremely liveable city that offers an exceptional quality of life with a robust economy and low crime rate, along with outstanding education and medical facilities, making it an excellent place for families.

Real estate options in League City are as varied as they come, with choices that include a diversity of single-family residences such as cottages and historic homes, townhouses, condos, and waterfront properties that provide sweeping views of Clear Lake or Galveston Bay. Homes can be found in lovely neighborhoods and newer developments with landscaped streets and cul-de-sacs. Want to build your dream home instead? You’ll also find vacant land and build-ready lots here.

The region is also considered a part of the Galveston Bay Area and the Houston-Sugar Land-Baytown metropolitan area. Offering a seaside atmosphere, waterfront lifestyle, thriving economy, affordable housing, some of the best schools in Texas, and numerous recreational opportunities, the Clear Lake Area has become a highly desirable place to live, work, and play.

When it comes to real estate options, the Clear Lake Area has a wide selection of properties available, which include single-family residences, waterfront properties, and townhomes, as well as new housing located in numerous upscale master-planned communities and luxury high-rise buildings that provide spectacular views of the lake.

Clear Lake Areas of Interest
The premier attraction in the Clear Lake area is none other than NASA’s Lyndon B. Johnson Space Center, a 1,620-acre complex with over a hundred buildings and facilities, including offices, laboratories, and the vital mission control centers for NASA’s various space programs.

Also located in the complex is Space Center Houston, the official visitor center with exhibits, artifacts, interactive displays, educational videos, and more. Attracting more than 700,000 visitors each year, Space Center Houston presents everything there is to know about outer space to the public.

The area is also known for the Kemah Boardwalk, the Armand Bayou Nature Center, and numerous marinas. 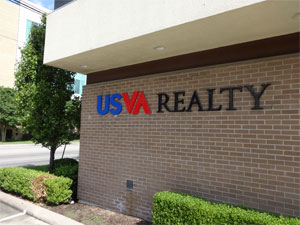